Aigio, the main city of Aigialeia. The dazzling jewel of the Corinthian Gulf. A city that seems to have stopped in time. A port that seems to have come from another era. Without exaggeration, there is a pervasive magic surrounding this place. Strolling down at the old harbor, memories and nostalgia of a bygone era will overwhelm you.

Walking through the narrow streets, you have a feeling that at every corner, a different story will await you. Stories of fishermen returning from a difficult and perilous sea voyage to their long awaited families. Stories of merchants, coming back from their journey in Europe, bringing back wealth in money and knowledge.

Climbing the city’s hill, you can feel the vastness of the Corinthian Gulf facing persistently towards you and the serenity of the open and wide sea to nest inside you. The roughened waves hitting the rocks, are adding another striking touch to the already rugged landscape of the coast. Upon the first visit, the visitor will understand why this city has become a retreat for many artists, novelists etc. 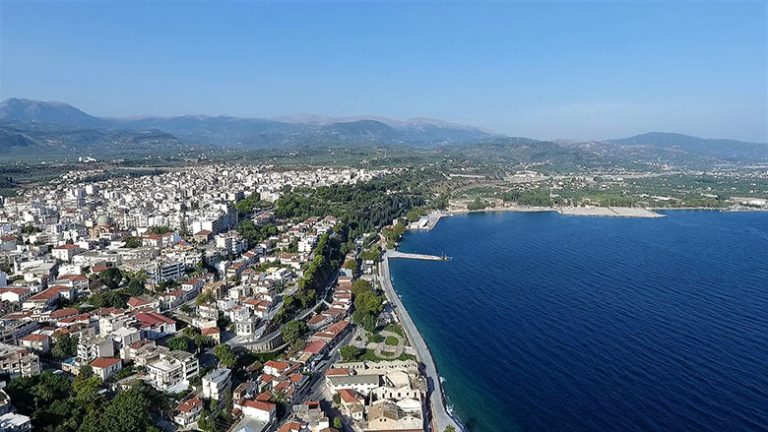 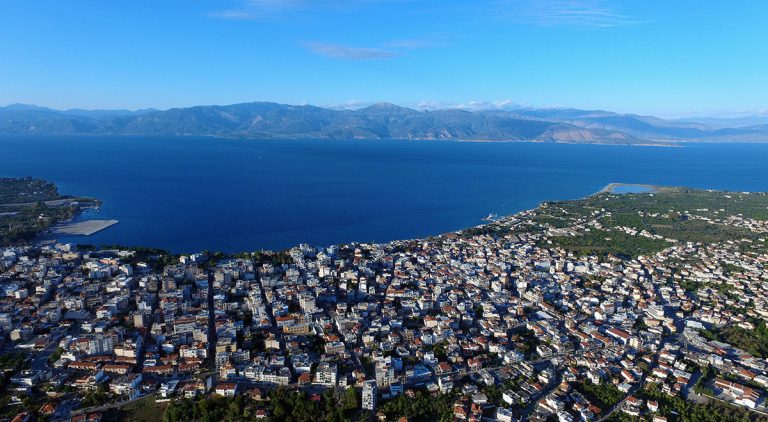 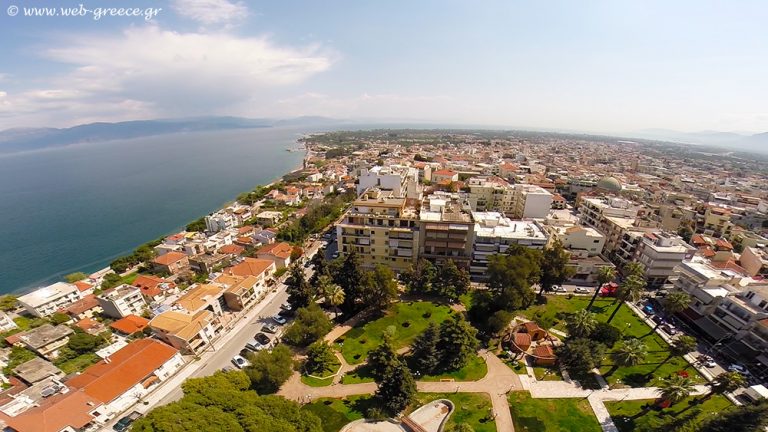 As the visitor moves away from the city to the inner region, he quickly understands the diversity of the landscapes surrounding him. Surrounded by breathtaking mountains, occasionally filled with picturesque vineyards and waves of olive trees, the whole area invites the visitor to be part of it and discover it. The sunlight reflecting its occasional twinkle over the neighboring gorge, further adds another captivated touch in this breathtaking canvas of awe.

It is in these mountains (and the surrounding area outside Aigio) that lies the hidden treasure and the main source of income for the whole region for many centuries. The famous Corinthian black currant. Its exceptional taste accompanied with its beneficiary for health qualities, have transformed this dried grape into a driving lever of growth and prosperity, not only for Aigialeia but to the whole of Greece, especially at its early stage as a nation. 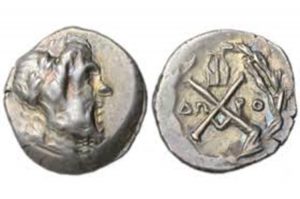 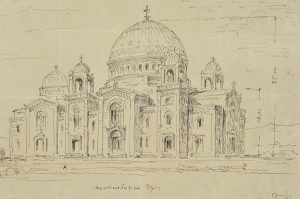 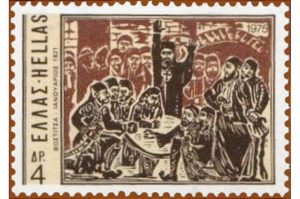 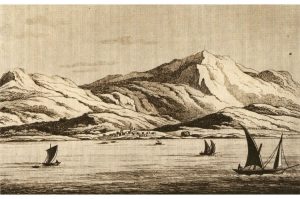 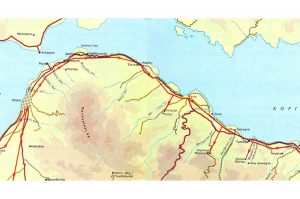 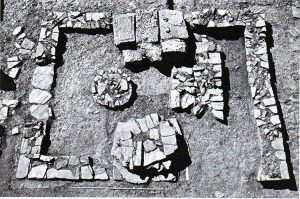 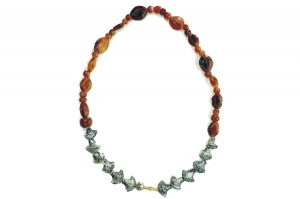 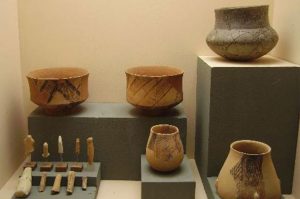 Aigion was one of the 12 Achaean cities of the northern Peloponnese that had organized a league (Achaiki Sympoliteia) by the 4th century BC to protect themselves against piratical raids from across the Corinthian Gulf, but this league fell apart after the death of Alexander the Great. The 10 surviving cities renewed their alliance in 280 BC, under the leadership of Aratus of Sicyon. A relevant inscription has been found in Psila Alonia of Aigion.

Ernst Ziller (1837–1923) was a German born university teacher and architect who later became a Greek national. In the late 19th and early 20th centuries, he was a major designer of royal and municipal buildings in Athens, Patras, and other Greek cities. Two of the most beutiful churches he built are located in Aigion: The cathedral of Faneromeni and the church “Eisodia tis Theotokou” (needs restoration after the damages during the earthquake of 1995). The Archaeological Museum of Aigio is located in the renovated building of old town market designed and built by Ziller in 1890.

The (Secret) Assembly of Vostizza, according to historians, was the meeting held by the members of the Society of Friends, in Aigio, from 26 to 30 January 1821, in order to organize and determine the day of the inauguration of the upcoming Greek revolution in the Peloponnese. Nowadays the 26th of January is a local holiday.

In 805 the city was temporarily occupied by the Slavs and renamed Vostizza. After the fall of Constantinople by the Franks in 1205 AD. William Samplitus and Godfrey Villardwin decided to conquer the Peloponnese (Morea). They arrived in Patras and then occupied Vostizza. After conquering most of the Peloponnese, William was proclaimed Prince of Achaia. After his death, Godfrey Villardwin divided the Peloponnese into 12 baronies. One of them was the Baroness of Vostizza, with Ugo de Charpigny as baron.

Around 172/173 AD, the ancient traveler Pausanias, coming from Ilida, entered the country of the Achaeans, crossing the Larissa River, which was the Achaia-Ilida border. Starting from the area of ​​Dymi, the westernmost city of Achaia, it headed towards Patras following the coastal road. After Patras, he continued his journey to the east from the coastal road and after passing Cape Rion, the port of Panormos and Cape Drepanon, he reached the west entrance of Aigio, having just crossed the Meiganita River (now Meganitis).

The lost city of Helike

In 373 BC, a catastrophic earthquake and tsunami destroyed and submerged the ancient Greek city of Helike, on the southwest shore of the Gulf of Corinth. The sunken city gradually silted over until it disappeared without a trace. Ancient writers ascribed the disaster to the wrath of Poseidon, god of earthquakes and the sea.

Aigion flourished in the Mycenaean years (15th-11th century BC). It belonged to the kingdom of Mycenae, as mentioned in the Homeric epics, being the last city of the kingdom to the west. Together with his neighbor Eliki, it was one of the cities that participated in the Trojan war (according to the Catalogue of Ships, in the second book of the Iliad). The tradition says that the leaders of the Ancient Greeks gathered in the temple of Omagyrios Zeus in Aigion, under Agamemnon, to organize the Trojan campaign.

IMAGE: Necklace from the Mycenaean settlement in Aigion