View Ideas Submitted by the citizens of Grottaglie

In this online consultation forum active citizens and organizations are given the chance to present their ideas on issues regarding  the topic: How to make Grottaglie a Tourist Destination of Value.

The ideas are categorized as follows: 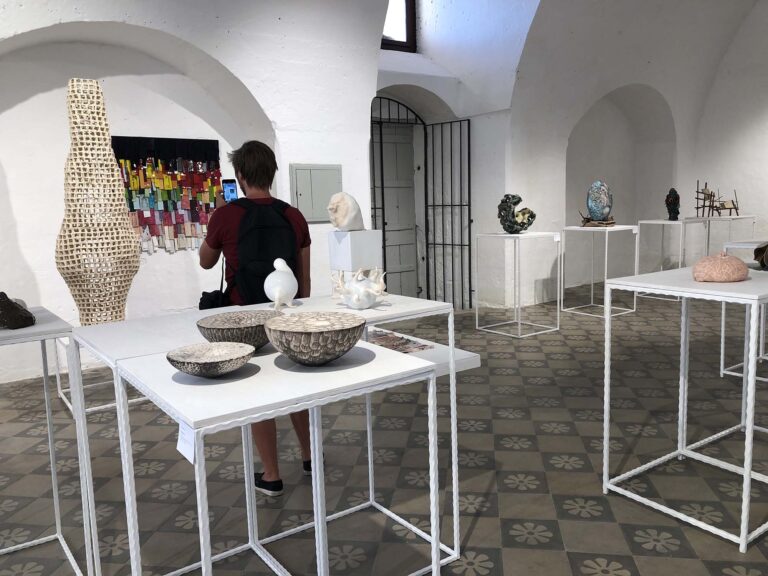 In Grottaglie, the famous city of ceramics, the Competition of Contemporary Ceramics takes place. The exhibition is addressed to Italian and foreign artists who express themselves through the ceramic material. The exhibition is promoted and organized by the Department of Culture of the City of Grottaglie.

The selected works, out of the hundreds of proposals received from Italy and abroad, are exhibited in the hall of the Episcopal Castle of Grottaglie. During the inauguration evening, the winners are usually announced and carefully judged by a jury of professionals.

The Competition of Contemporary Ceramics, already known as the Competition of Mediterranean Ceramics, has a long history that dates back to 1971. Since then it has gone through different creative phases and developments that have changed its form, planning and aims: from a mere exhibition of local production to a place of confrontation on themes and techniques of international artistic ceramics. What has remained unchanged and, indeed, has been further expanded, is the initial intent to implement a cultural effort aimed at renewal and openness to a wider artistic dialogue, rooted, however, in a skill and expertise that Grottaglie can boast for centuries. 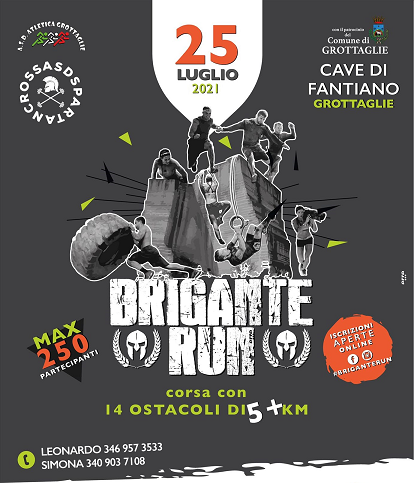 Spartan Race is a series of obstacle races of varying distance and difficulty ranging from 3 miles to marathon distances. They are usually held in US and have been franchised to 30 countries including Canada, South Korea, Australia and several European countries. The Trifecta final is held usually in Sparta, Greece. A piece of Greece, however, has also settled in Puglia, in the municipality of Grottaglie, thanks to BriganteRun.

BriganteRun is a route, organized by Sud In Movimento and Atletica Grottaglie Spartancross, that fits into the family of Spartan Runs and opens this practice to a wider audience. The test is suitable for everyone, regulated by experts, who are in charge of timing the race. Fourteen tests of strength, ability and endurance that will alternate in a unique adventure within a 4.5km long path designed in the fantastic scenery of Fantiano’s Quarries.