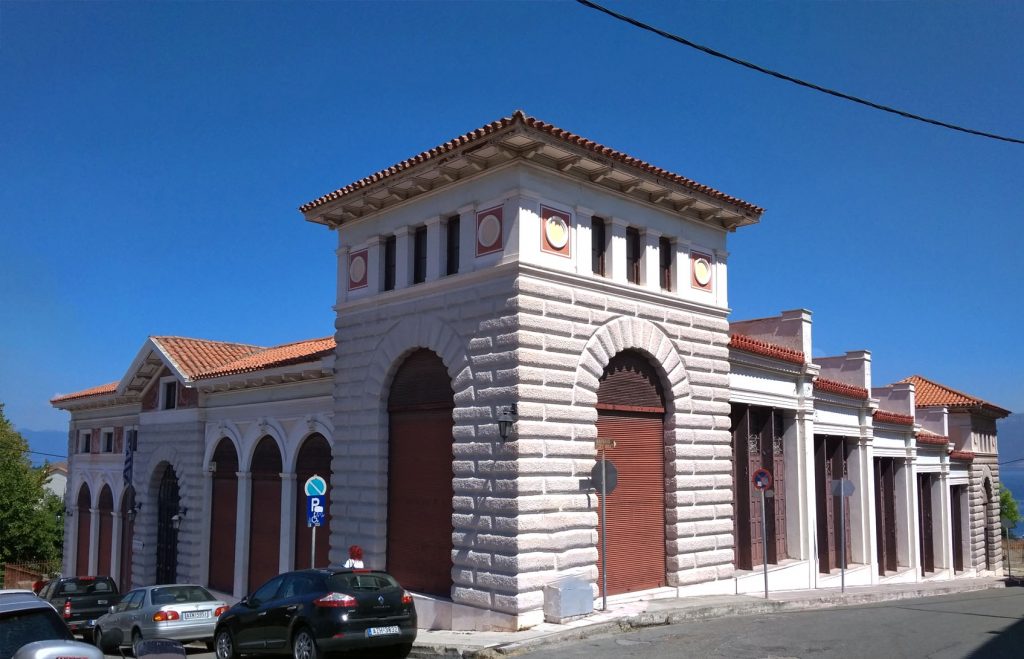 The Archaeological Museum of Aigio opened on August 6, 1994. The building of the museum which originally housed the municipal market of Aigio is a work of the famous architect Ernst Ziller and it was built in 1890. The museum itself consists of six rooms covering findings from the Neolithic period to the late Roman one.

Room I: Findings of the Middle and Late Neolithic (windows 1-3) (6 to 4 millenium BC) and the EH period (Case 4) (3rd millennium BC) from the settlement of Krathi. They include pottery, clay figurines, loom weights and stone tools.

Room II: Here are the findings of the Middle Helladic (Case 5) (2nd millennium Amisus) and Late Helladic or Mycenaean period (1550-1060/40 BC) (windows 6-8). The Middle Helladic findings come from the town of Aigio and Krathio. The objects of the Mycenaean period have been found mainly in the investigation of the settlement and cemetery of the Aigio and the Aigeira, Trapeza and Achladia.

Room IV: In The Archaic (7th – 6th century BC.), Classical (5th – 4th century BC) and Hellenistic period (late 4th-1st century BC.) belong the findings of this gallery (windows 13 to 16). The Archaic period is represented in Aigio, the Mamousia, New Erineos, Kyrenia and Provodo Kamares, and few are the findings of the classical period. Unlike the more developed Aigialeia occur during the Hellenistic period after the establishment of the Achaean confederacy. Important findings from the tombs of this period in Aigio and Mamousia include pottery and jewelry.

Room V: 17-18 On display are also presented findings of the late Hellenistic period, while the last two showcases ((19-20) exhibited objects of the Roman period (after 146 BC), which include pottery and glass vessels, and objects of bronze, ivory and clay.

Room VI: exhibited the colossal statue of Zeus or young man with aigida (Aigiochos) of the first century. AD, which was found accidentally during excavation work for building in Aigio. 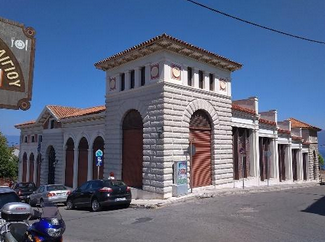 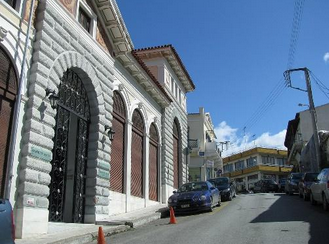 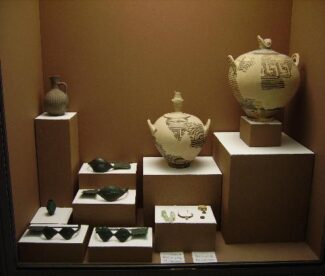 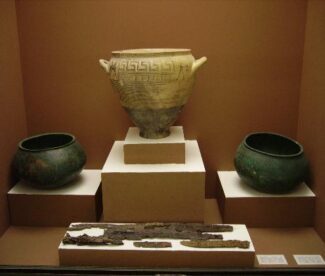 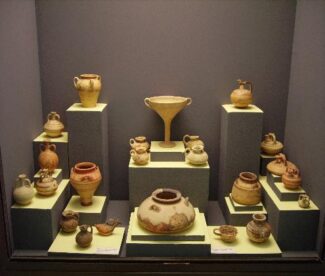 Findings of the Mycenaen period (case 7) 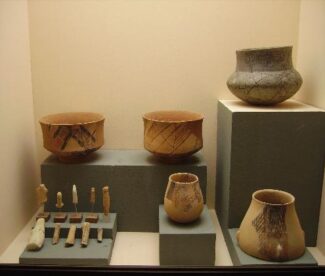 Findings of the Neolithic period (case 1) 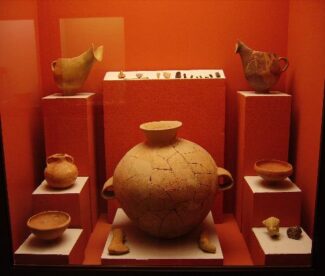 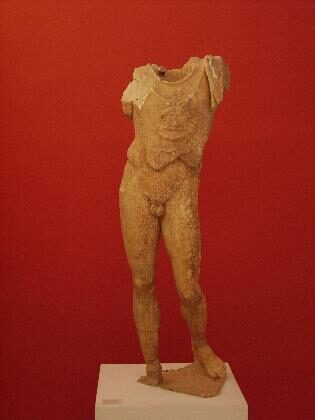 Marble statue of Zeus or young man with aigida (Aigiochos) of the first century A.D.