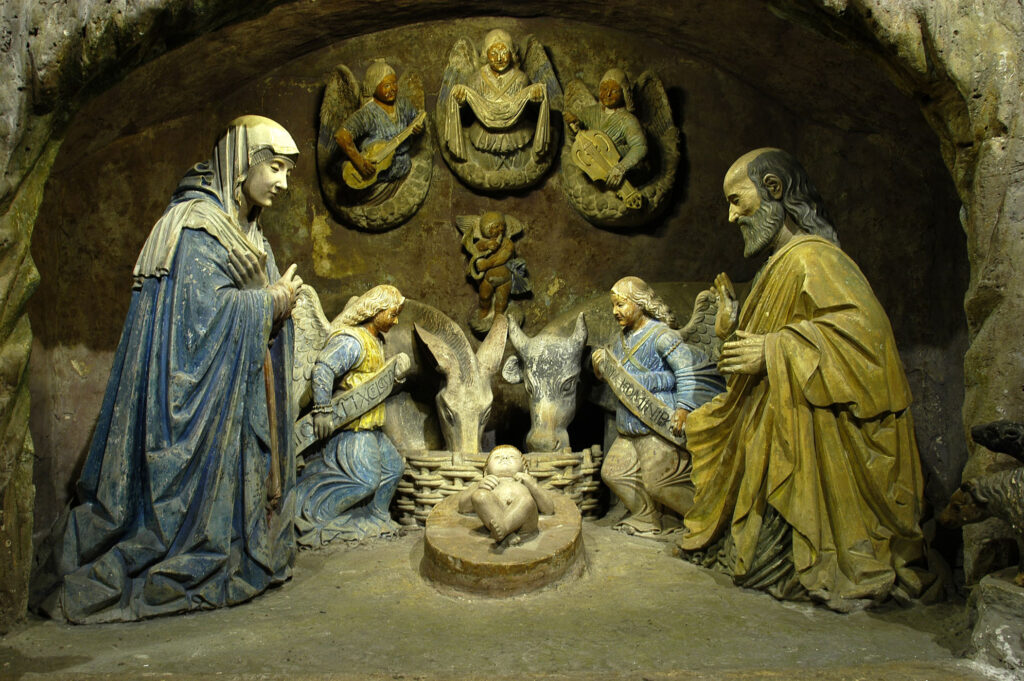 The relationship between Grottaglie and the tradition of the nativity scene dates back to very remote times. Founded in 1980, the exhibition aims to enhance the aesthetic-artistic aspects of Nativity scene art in Grottaglie, attracting artists from different Italian realities that, as Grottaglie, can boast a consolidated tradition in the art of ceramics.

To confirm the ancient nature of this tradition in the art of the nativity scene, it is possible to observe two traditional ancient elements:

– the character of the “sbantuso”

Next to the Holy Family, the Three Kings, the ox and the donkey, the Grottagliese Nativity scene is usually enriched by the figure of a young shepherd, a little boy, usually represented lying down and seriously engaged in a deep sleep, that’s the one who is called “sbantuso”.

Moreover, according to the grottagliese tradition, the Carmelite bridge represented the magical place that allowed the passage between the world of the living and that of the dead. The Carmelites who crossed the bridge represented the Grottagliese devotion to the Madonna del Carmine while, below the bridge, the ghost of Mafalda used to appear. Mafalda or, for some, Princess Cicinelli, was a princess figure, typical of the Campania and Apulian tradition, who committed suicide after the murder of his beloved, by the hand of his father.

The works included in the exhibition are respectfully preserved in the cribs section of the Ceramics Museum of the city and allow the Municipality of Grottaglie to enrich its artistic heritage every year. 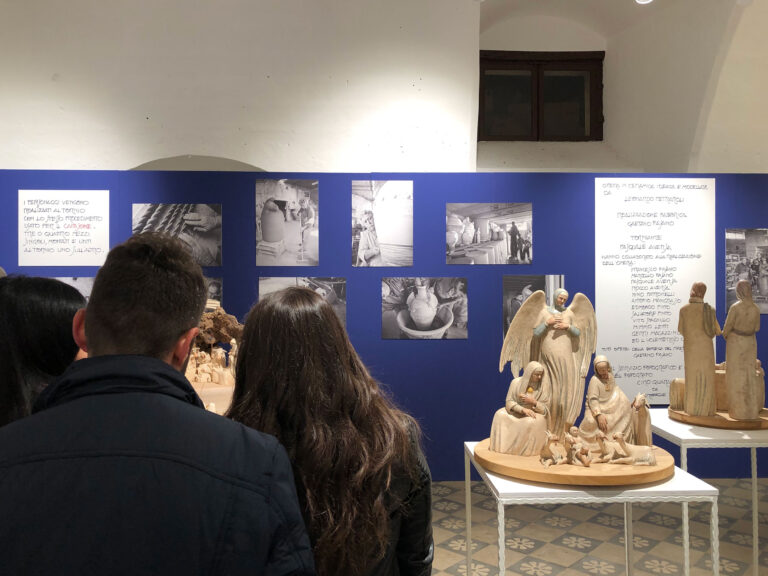 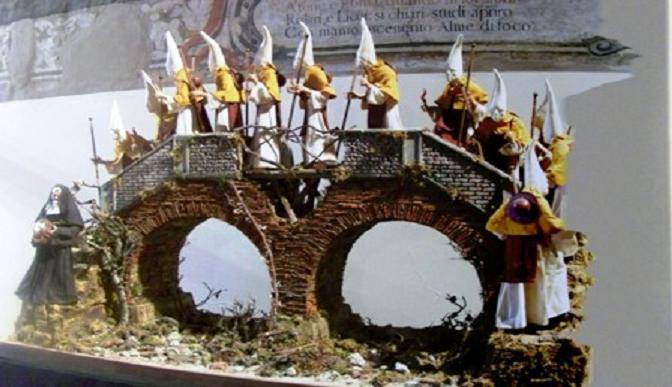