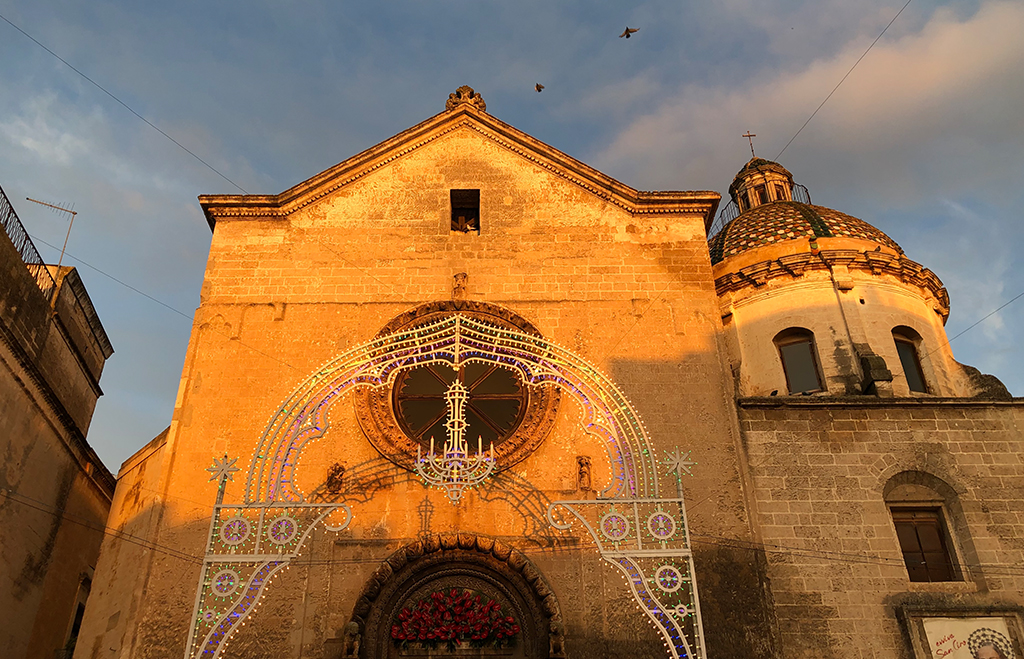 The Mother Church of Grottaglie, also known by the name of Collegiata Maria SS. Annunziata, is one of the major places of interest in the Apulian territory. The structure stands in Piazza Regina Margherita and it is considered a real jewel of local architecture in Grottaglie, a monument that brings with it a centuries-long history that deserves to be lived through the exploration of its works.

Commissioned by Archbishop Giacomo d’Atri, the Church was built in 1372 in late Romanesque style and its dome, located on the front exterior (which is the main entrance) is considered one of the most beautiful in Salento thanks to the use of polychrome tiles that create a geometric design of high gracefulness.

Simplicity also accompanies the interior of the church, which renounces sumptuous decorations to emphasize a few important elements, such as the high relief of the Annunciation and the Chapel of San Ciro with the painting of Our Lady of the Rosary, a canvas attributed to De Matteis. 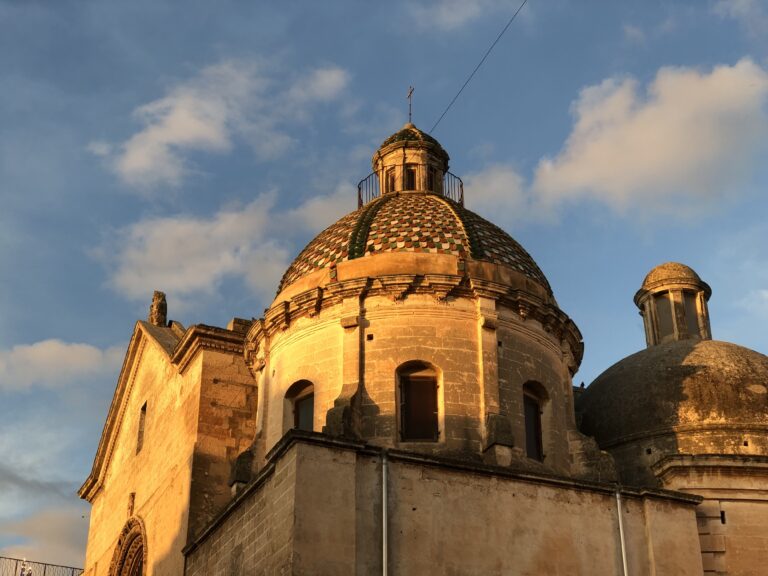 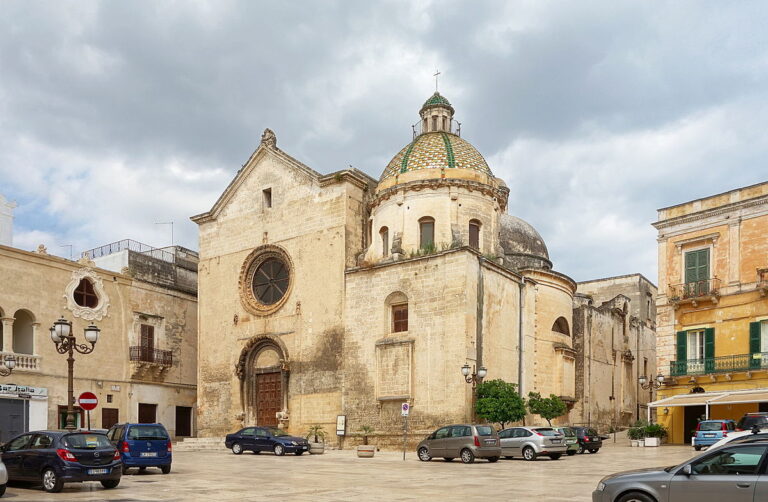