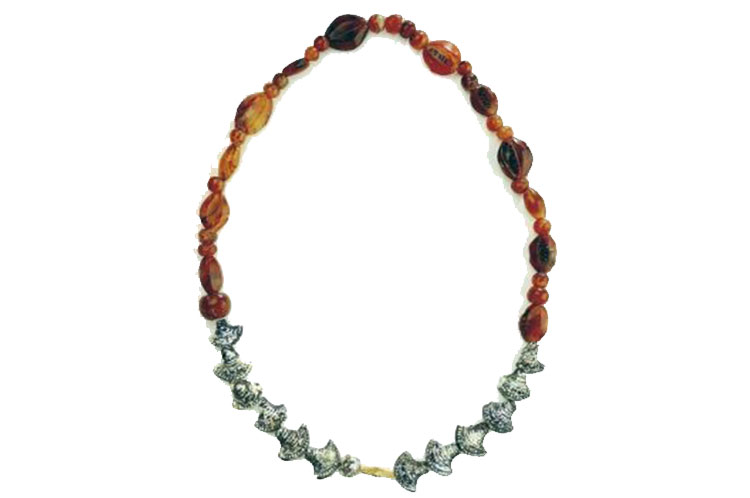 Aigion flourished in the Mycenaean years (15th-11th century BC). It belonged to the kingdom of Mycenae, as mentioned in the Homeric epics, being the last city of the kingdom to the west. Together with his neighbor Eliki, it was one of the cities that participated in the Trojan war (according to the Catalogue of Ships, in the second book of the Iliad). The tradition says that the leaders of the Ancient Greeks gathered in the temple of Omagyrios Zeus in Aigion, under Agamemnon, to organize the Trojan campaign.

IMAGE: Necklace from the Mycenaean settlement in Aigion