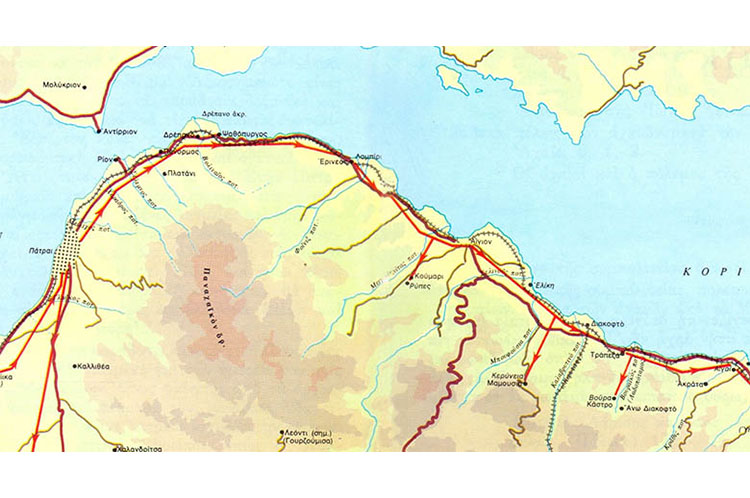 Around 172/173 AD, the ancient traveler Pausanias, coming from Ilida, entered the country of the Achaeans, crossing the Larissa River, which was the Achaia-Ilida border. Starting from the area of ​​Dymi, the westernmost city of Achaia, it headed towards Patras following the coastal road. After Patras, he continued his journey to the east from the coastal road and after passing Cape Rion, the port of Panormos and Cape Drepanon, he reached the west entrance of Aigio, having just crossed the Meiganita River (now Meganitis).