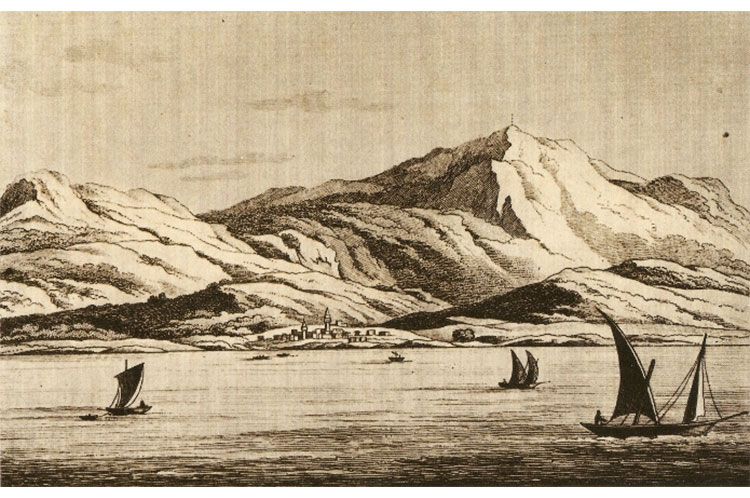 In 805 the city was temporarily occupied by the Slavs and renamed Vostizza. After the fall of Constantinople by the Franks in 1205 AD. William Samplitus and Godfrey Villardwin decided to conquer the Peloponnese (Morea). They arrived in Patras and then occupied Vostizza. After conquering most of the Peloponnese, William was proclaimed Prince of Achaia. After his death, Godfrey Villardwin divided the Peloponnese into 12 baronies. One of them was the Baroness of Vostizza, with Ugo de Charpigny as baron.