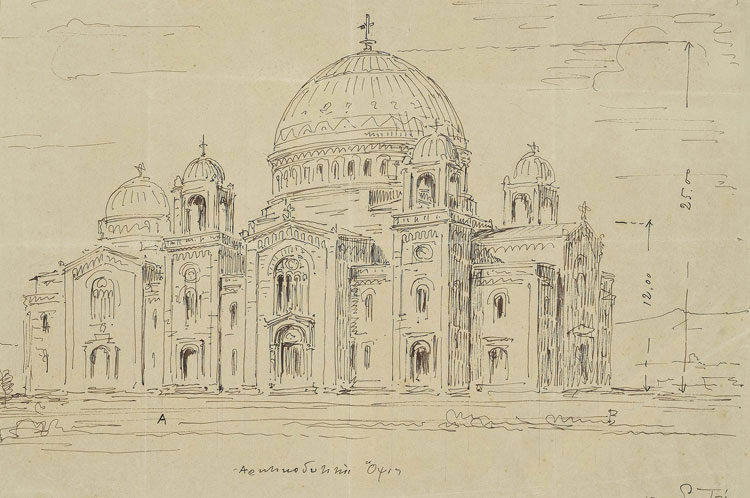 Ernst Ziller (1837–1923) was a German born university teacher and architect who later became a Greek national. In the late 19th and early 20th centuries, he was a major designer of royal and municipal buildings in Athens, Patras, and other Greek cities. Two of the most beutiful churches he built are located in Aigion: The cathedral of Faneromeni and the church “Eisodia tis Theotokou” (needs restoration after the damages during the earthquake of 1995). The Archaeological Museum of Aigio is located in the renovated building of old town market designed and built by Ziller in 1890.