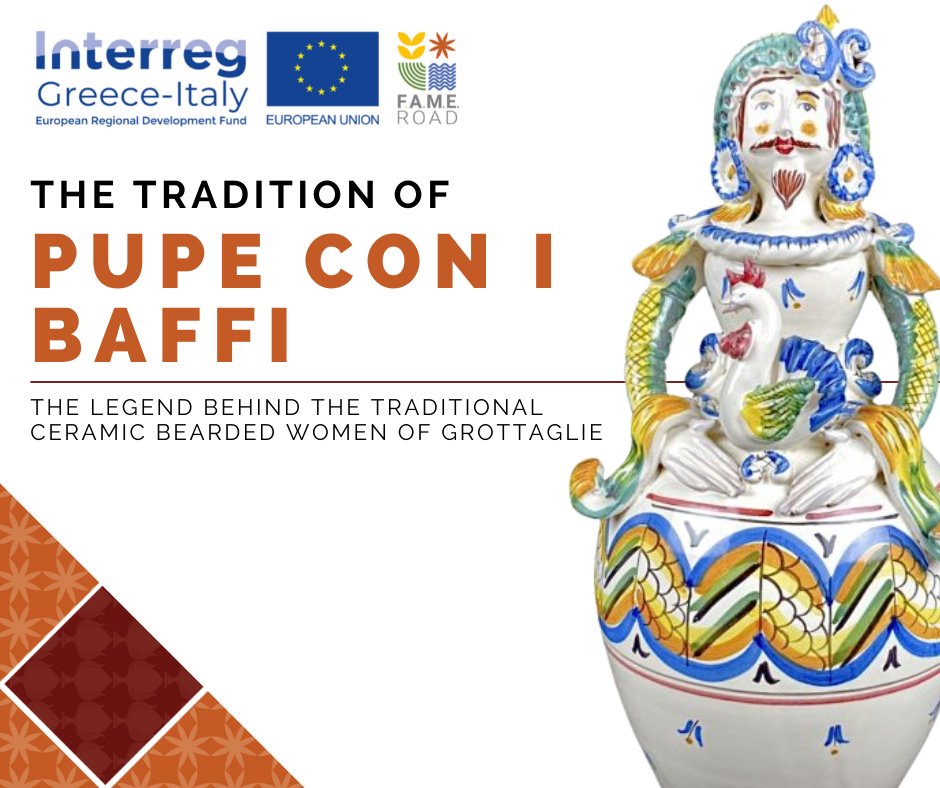 🧔‍ We’re talking about the “𝗣𝘂𝗽𝗲 𝗰𝗼𝗻 𝗶 𝗯𝗮𝗳𝗳𝗶”: anthropomorphic bottles with the features of a Junoesque woman with mustache that narrate the legend of the love story between a vine-dresser from Martina Franca and a young girl from #Grottaglie.

In the 18th century the vine-dresser from Martina Franca got married with the beautiful girl from Grottaglie. At that time, however, was still in force the custom of “𝘪𝘶𝘴 𝘱𝘳𝘪𝘮𝘢𝘦 𝘯𝘰𝘤𝘵𝘪𝘴”. According to this tradition the young girls of the feud had to spend their first night of marriage with their feudal lord. The vintner, jealous, devised a plan: on the first night of marriage he approached the noble lord dressed as a woman, with the intention of killing him. Only one thing went wrong: he forgot to cut his moustache and the feudal lord discovered the deception.

Still today the artists and artisans of Grottaglie remember this story by shaping this type of 𝗰𝗲𝗿𝗮𝗺𝗶𝗰 “𝗱𝗼𝗹𝗹”, showing their skill and manual #competence always with an eye on their #traditions.
Category: NewsNovember 29, 2021
Share This Article
Share on FacebookShare on Facebook TweetShare on Twitter Pin itShare on Pinterest Share on LinkedInShare on LinkedIn